Here’s a poem written by a woman in one of my bereavement groups. (The Rodin is my addition) She wrote this poem shortly after her husband of many years died.  She says she takes it out every so often now and reads it again and just the act of reading it helps her.  It very nicely describes the process of grief, which has nothing to do with “closure,” but in which we struggle to move forward, holding close the memory, and trying to find meaning in the loss:

Life has led me to this moment

Life has led me to this place

I am buffeted by surges of grief, yearning, anxiety

As I bend with each assault my heart aches

But there is no solace, no relief

I have lost my anchor

I have lost my way

You  were my constant companion

You were my guide

Your love enveloped me

Your love shielded me

From loneliness and isolation

Now, without you, I must decide

To either bend and break

Or struggle and gather strength

To stand strong and live, if only to remember you. 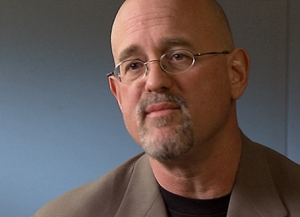 So in preparing for a talk I was giving on “emotional well being,” also known as “happiness,” I watched some TED talks by important psychologists (the kind of people asked to give TED talks), and I heard Dan Gilbert of Harvard ask the following question of his audience of thousands:

In which of the following scenarios would you predict you’d be happier?

1) You win the lottery

2) You become a paraplegic

It’s a trick question, of course.  Most people think the answer is obvious: You’d be much happier if you won the lottery. Who wants to be a paraplegic? No one, of course.  But according to Dr. Gilbert, the answer to the question is that one year out, the lottery winners and the paraplegics are about equally happy.

See, I told you it was a trick question. Its explanation can be partially found in the following formula, offered by Dr. Gilbert, Dr.Sonja Lyubomirsky at the University of California, Riverside (whom I once interviewed for an article I was doing for BottomLine), Dr. Martin Seligman at University of Pennsylvania, and many other researchers in the newer branch of psychology known as “positive psychology.”

The 50% is also called the “happiness set point” and it’s the point to which people generally return, all things remaining equal. In other words, based on your genetics, and it seems to me this would include both biochemical factors and certain factors (such as trauma, neglect, abuse, and poverty) from your formative years, if you tend toward depression (or emotional volatility, or unhappiness, or whatever), you will basically always return to that same set point.

So this means that even if some event or circumstance in your life, such as the birth of a grandchild, winning the lottery, or making a fortune in your investments, causes happiness, and even if some other event in your life such as becoming a paraplegic or enduring the loss of a loved one causes you unhappiness, in the long run that will account for only 10% of your level of happiness because all things remaining equal you will eventually adjust to the new condition and basically return to your previous happiness set point.

But all things don’t have to remain equal. These researchers and others have shown scientifically that your own “intervention” can control as much as 40% of your own “happiness.”What are these magical interventions that can help you be happy?  They cover three areas: Pleasure, Engagement, and Meaning.

Here too is another trick question.  Most people think “pleasure,” which comes with things like social interactions and sex, make you happy, but it turns out that pleasure-seeking activity accounts for the smallest part of that self-created 40% of happiness.  This becomes obvious when you think about people who collect superficial friends or keep looking for Mr. Goodbar.

“Engagement” is a bigger happiness factor.  This means finding work or a passion that engages you completely to the point that while doing it you have the sense that time has stopped.  I achieve this most fully when I write, but you can also find it in any creative activity or work.  It’s called:

And then there’s “meaning,” which has been found to be the biggest contributor. It means knowing your strengths and using them to achieve a purpose higher than yourself. This would include altruism, working for a “cause,” and/or religion or other spiritual pursuits.

In looking back over my life, which in a few months heads into its 60th year, I realized that all this completely accounts for the weird fact that despite having experienced an inordinate amount of loss and suffering, including the worst of the worst, the loss of my son, I am now “happier” than I’ve ever been, probably even 40% happier. This is because over the last 20 years, since the loss of my son, I have engaged in activities and a process that has helped me put things in perspective, be grateful for what I have, let go of much of my own ego-driven worry about “success” as a writer, and allowed myself to simply “engage” in the writing process. I’ve also realized that my writing (which also involves study) is what helps me make any sense at all of this complicated life, and so it doesn’t matter, really, what the writing outcome is, whether 50 or 20,000 people come to my blog, or my books have sold 1000 or 100,000 copies. I write–and engage in other creative pursuits, including most recently taking up playwriting– because it gives me “flow.”

As for “meaning,” I find it in part by helping people as a therapist, and in my philanthropic pursuits, such as the program my husband and I started in memory of our son to help toddlers with special needs. Now if you’d told me the happiness formula when I was in the thick of my grief, I would probably have walked away in a rage, but now I really do think the happiness formula above accounts why so many people who’ve suffered serious losses, such as the loss of a child, have eventually managed to survive and even thrive and self-actualize, and dare I say it, find “happiness” by developing or joining some cause that makes “meaning” out of that loss.  Consider the Newtown parents’ drive for gun reform, or Candy Lightner who lost her daughter to a drunk driver and in 1980 founded MADD (Mothers Against Drunk Driving), or Gloria Horsley, who lost a son and who along with her daughter, Heidi, who lost her brother, started Open to Hope, a foundation to help people who’ve experienced great loss.

So then, happiness is to a great extent (40%, at last count) what you “make” when you don’t get what you want.  Which is very often in this life.

Next post: What can you do to actually raise your level of “happiness?”

PS:  I took a course in grad school on “positive psychology” but all this never really clicked for me intellectually and I didn’t really understand how my own life happiness trajectory is proof of it, until I started really studying it in order to create a presentation about emotional wellbeing. Which proves something else I heard another psychologist say in a talk a few weeks ago.  Paul Bloom of Yale said: If you want to appreciate fine wine, STUDY wine or take a course in wine and learn all about it, don’t just go out and buy the most expensive bottle of wine you can find and expect an appreciation of fine wine to come upon you magically.  Which translates into: Writing a presentation about happiness made me happy!

Welcome to my psychotherapy website. I am a licensed clinical social worker with a private practice in Stamford, Connecticut. I also facilitate bereavement groups at the Center for Hope in Darien, Connecticut and in Westchester County, New York. I believe that human beings have an absolute capacity for change, and can also find meaning in even the most profound of losses. When I sit with you, whether in group or with you as an individual, I am present, open, empathetic, non-judgmental, and committed to helping you become all you wish to be, and CAN be. On this blog I post announcements about my psychology related activities, such as bereavement groups, writing for healing groups and speaking gigs. Also, I post interesting psychology-related articles, and articles about grief, written by me or curated from around the web. I have a separate website about my novels, playwriting, and writing projects: www.frandorf.ink. For that, click the link in the tabs above.

My services are completely confidential. My specialty is bereavement, but I also treat anxiety, depression, relationship issues, self esteem, anger and impulse control, trauma, and much more. I see adults, adolescents, and couples in individual therapy. I also facilitate several bereavement groups, one with parents who've lost children, and another with seniors who've lost their partners. I use an eclectic mix of methods, creative and traditional, to achieve goals we set together, including narrative therapy, cognitive/behavioral therapy, dialectical behavioral therapy, mindfulness, meditation, and expressive arts. As a longtime writer, I have developed the "write to heal" method, and can employ writing as a healing tool with my clients, if they're interested.